The millennium, two years after my trip to Texas, sometime in the late night, I was lying down in my bed sleeping when I heard a very loud screeching sound coming from my window. It was the metal on metal sound made by the screen being forced up. The window itself was already open. I lifted my head and saw two Gray Aliens staring at me through the window. Both of their heads tilted and peering in at me. They looked exactly like the ones I saw in Texas.

I tried to scream, but I was only able to let out a suppressed moan. I could not move my upper body except for my head, and within seconds I blacked out.

Original Drawing made on the morning of this encounter.

The next morning I awakened hurriedly, because I had a burning feeling just above my groin. I found two ½” inch, razor thin incisions in my skin. The skin around the obvious wounds were sore and stretched as if something had parted the skin for an extended period of time. The incisions were bleeding slightly.

I truly wish I would have taken a photograph at the time however, I did not own a camera and for whatever reasons I can’t explain other than the wound quickly healed. I didn’t take a photo until 2014 when I first started telling our story through the internet.

After examining the wound, I walked out of the bedroom to find my mother oddly sitting on her chair next to the fireplace, with the light on, early in the morning, reading a book, which she normally does at night. I wasn’t sure if I should speak to her about what I remembered and the cuts on me so, I asked her where my father was? She continued to look into her book and replied, “I don’t know, I think he went outside”.

I walked outside and looked around the house as he was nowhere to be seen. I figured maybe he went to my relatives house next door, so I began walking down our private ‘Dead End’ road to her house and that is when I found my father sitting on the corner of the road, in front of her house, facing the main road, with his knees in his arms.

He was really depressed in a way I have never seen him acting before. After I asked him repeatedly about what was bothering him, he finally told me about a dream he had the night before, where he encountered aliens and was forced to choose between a set of glass vials that had different colored liquids in them. He was frightened that he may have chosen the wrong vial. He just couldn’t shake it off as a dream, and that is when I told him what happened to me that night. To be honest, I don’t remember that day beyond this point, nor if we discussed it any further, as if we somehow just accepted it and let it go, but not for long…

There’s More Than A Scar

A few days after this incident, I found a raised Brown object just under the surface of my skin on the back of my knee, while I was in the shower. My father and mother both worked in the medical field since they were in the U.S. Army however, neither of them knew what it was. Curious about it, I scheduled an appointment with my family doctor to find out what it was.

When I saw the doctor and had him look at the bump on my leg, he gave me a strange look and sat me down for a conversation. He asked me if anything “strange” was elsewhere on my body? I told him about the incision marks, but didn’t mention the alien abduction. After looking at the incisions, he asked me sincerely how I thought it happened? Nervously I decided to tell him what happened.

He took the news better than I thought and the doctor requested that I go see a surgeon to remove the object from my leg and bring the object back to him. Obviously it would seem this doctor has seen this type of thing on people before and had a good idea to ask me about further issues.

I never followed up with a surgeon to have the object removed. The spot on my leg where the object protruded for about a year, somehow disappeared from the back of my knee overnight and relocated itself to my hip, where it still remains until this day in 2018. How did that happen? Another abduction? Why do I not have memory of another abduction?

Ever since, I’ve been asked by several surgeons from New York, Florida and even Japan, to have it removed by them. I have an unexplained feeling that this object is supposed to be in my body and I continue to believe “it is what it is” for a good reason. The incision scars are still visible as well in 2018.

They Come With Magnificence

While I lived on Long Island, NY, I had several EIV sightings since the 1989 Lake Panamoka encounter, and each one was perplexing to say the least.

My next EIV sighting would seem to begin events for me that has proven to me over time that, I just happen to get a feeling and know when to look at the exact moment to witness an EIV, but that’s not it. I would also just happen to get this same feeling to witness terrestrial aircraft, satellites and meteorites, before seeing or hearing them.

Throughout the rest of this document, you will notice this particular ability so to speak. My only answer for how this may have happened is obvious. Likely during the 1998 encounter or the 2000 encounter, the ET’s may have done something to our minds to say the least, that enhanced certain ESP traits, to say the least, and it would not just be to myself either. (See Chapter 4 – One Of The Few But, Of The Many)

Sam tells me in the 2017 interview that he too has some strange talents or abilities he discovered after his encounters, where he’s able to use a sort of static electricity from his hands to repel items such as balloons, which is how he first discovered this ability. Everyone can rub a balloon on their hair and it attracts your hair through static, but can you move a balloon around without your hands ever touching it, with reverse static electricity? Sam also explains that he too just happens to know when an ET and or EIV is near him.

Over the years this ability I would seem to have did not go unnoticed as you’ll find out later in this document, my neighbor witnessed that I had this ability (See Chapter 4 – Be My Witness). I encourage those that are ever around me, to observe when I do it, because to me it’s a natural reaction or detection without thought. I don’t realize I do it until after the fact.

True Blue EIV I See You

During the year 1999 I was working at a flower shop in Rocky Point, Long Island, New York. While taking out the garbage to the dumpster in the back of the building, I looked up to see a bright self contained neon blue orb, hovering about 15°-20° degrees, nearly straight up in the night sky. It hovered there for a good 30 seconds before instantly blinking out. I was looking South at the time. Surely after seeing it, I returned inside then told my boss and coworkers what I’d just seen. They weren’t sure what to say other than to question me what it looked like.

The last sighting I had while living in New York, was on a nice sunny day at Sound Beach, Long Island during the year 2000. I was walking with a friend, Alejandra, on the concrete walkway between the beach and parking lot, when we noticed this large object in the distance(shown here in approximate size) moving at a high rate of speed and tumbling end over end. It traveled in a straight line for as far as one could see, leaving a vapor trail behind it.

Other people on the beach also saw it. Several people pointed and others walking by us stopped to discussed what we all had just seen. The object was seemingly smooth in curvature and texture, light grey in overall color, but not illuminated by anything other than natural light. It was oval shaped, very large and it never appeared to come down. It was heading North towards Connecticut.

I believe it’s impossible this would have been an meteor or asteroid, as it was moving much too slowly for one to stay aloft in the atmosphere, without crashing to earth. Besides that, it wasn’t burning in flames, it only had a tumbling vapor trail behind it. 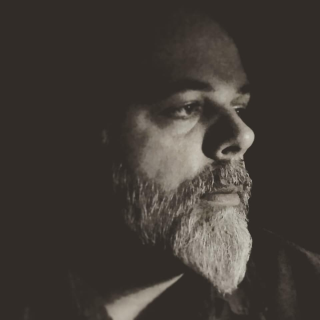